We’re Sponsoring Team of the Year at the Belfast Telegraph Sports Awards!

Here at The Home Design Group, we’re delighted to be sponsoring the Team of the Year award at this year’s Belfast Telegraph Sports Awards. Taking place on January 29th at the Waterfront, this fantastic event is sure to be a sign of great things to come for both our company and the talented sports people of Northern Ireland in 2018.

As team work is such an important part of what we do here at The Home Design Group, and what we pride ourselves on as a company, to be sponsoring this award feels like a great natural fit. Team work, communication and dedication is at the centre of all we do as a business and it’s this quality that makes our company stand out from the crowd.

The judges have already been deliberating and the well-deserved winners will be revealed on the night at a gala event celebrating the best of sport in Northern Ireland. Presented by last year’s host BT Sport’s Craig Doyle and the new addition of Claire McCollum for 2018, the awards will be a fantastic event where we’ll get to support and celebrate the great sporting talent from across Northern Ireland.

With 14 awards up for grabs, it’s all to play for so we’d like to wish all the nominees and contenders the best of luck and for their continued success in 2018!

For more information on the awards, tickets and categories, click here. 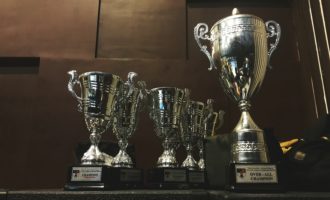